David Creedon. From the series “The Summertime of my Autumn” 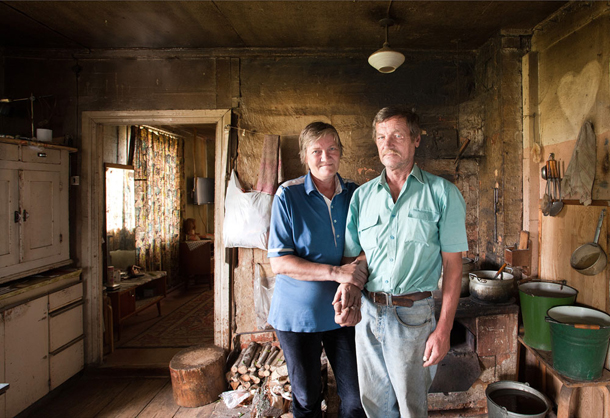 Anita first met Valdis in Kindava when he visited her twin brother. She worked in a shop at the time and Valdis would call to see her regularly. She was 21 when they got married in Ventspils. In 1981 they bought the house they now live in and following the collapse of the Soviet Union they acquired the land around the house. They divorced in 1988 but eventually got back together in 2005 following the tragic death of their son. They grow vegetables only for their own use and do not make any money from the farm. Valdis gets casual work from time to time but it is hard to depend on this for a steady income.