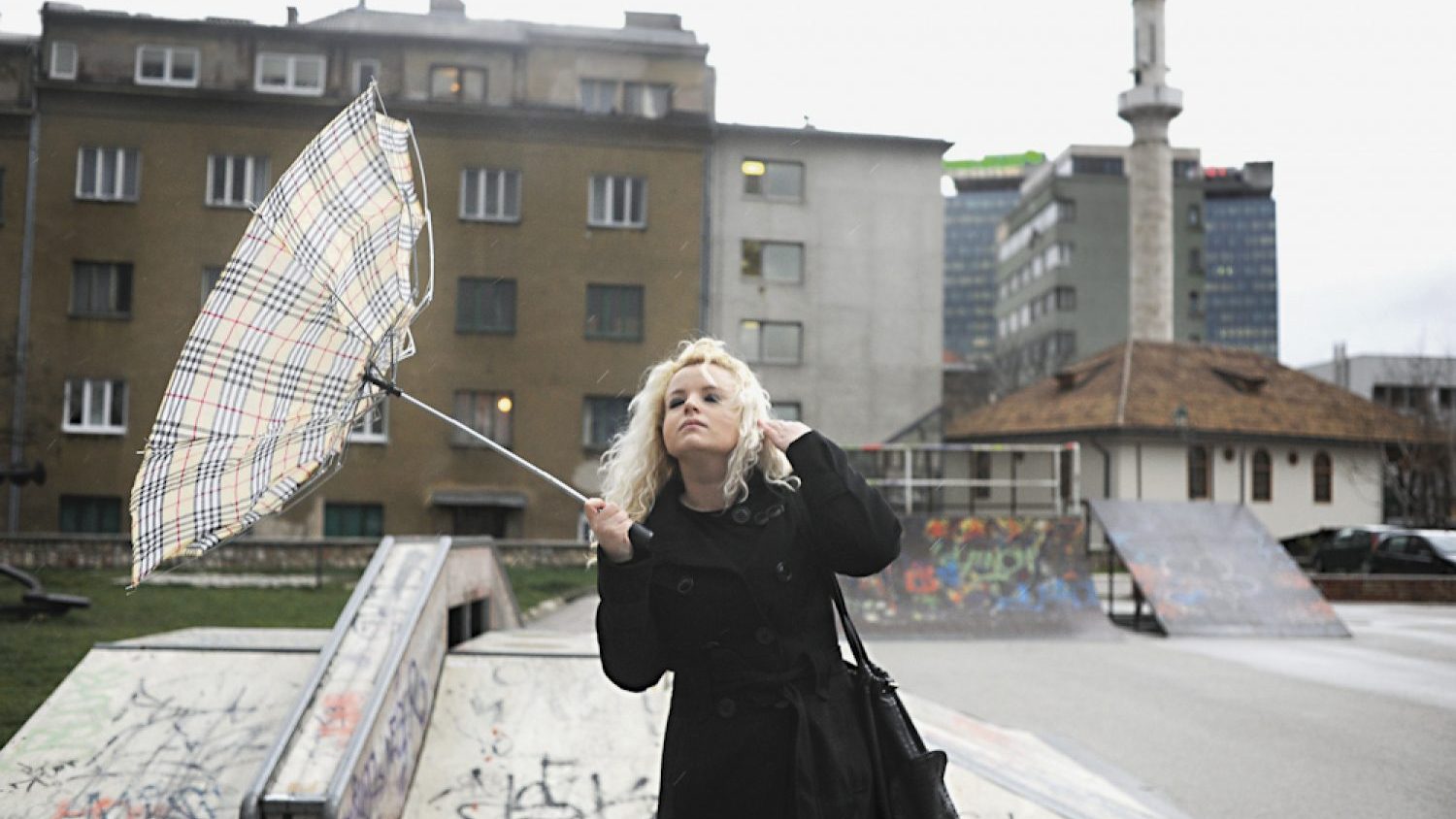 Italo Morales (1973) is a photographer born in Venezuela. Currently he is residing in Brussels. Morales has studied photography in Florida and Brussels, and has graduated with a Master’s degree in the documentary photography from the London College of Communication. One of his major projects Overnight Generation is about the youth living in Sarajevo, where nearly twenty years after the Bosnian war the consequences of the ethnic conflict can still be felt. The series has been exhibited in more than 20 galleries and museums, as well as published in a book. It has received several awards and has been shortlisted for the Dummy Book Award 2012.

Italo is currently visiting Latvia, in order to take part in the International Summer School of Photography (ISSP), which takes place from 2 – 10 August in Pelči, near Kuldīga.

How would you define your interest in photography?

My principal interest in photography is related with the telling of subtle narrative, the emerging story of my relationship with the subject which eventually also allows the viewer to see and tell his own story.

I first got interested in photography back in 1998 after a backpacking trip around Europe. I did not care about photography until I grabbed a 35 mm SLR and shot a picture for a first time. I guess what sparked my interest was really the magic of composing an image and the feel of the shutter. When I was a teenager (and lived in Caracas, Venezuela), I used to paint with watercolors and draw cartoons. I totally abandoned that interest after I finished high school and started to go to the business school. It was a total change of the environment and the circle of people. I believe that the image composition was a dormant skill of mine that remained dormant for many years and woke up with photography in 1998.

In 1999, I signed up for a photography class at the College of Arts of Florida International University in Miami. My teacher, Peggy Nolan, was a fabulous and motivating character. She showed me who Ansel Adams and a number of other American photographers were, and taught me how to develop 35 mm films and how to make prints. Print-making accelerated my excitement and interest in photography. Although I run out of patience very quickly, I found fascinating to see images I composed appearing on a sheet of paper. Over time I even bought my own lab equipment and set it up in the bathroom. For many years, I kept photography as a hobby (shooting random subjects and doing travel photography), but I decided to take it more seriously in 2007. I joined a 3-years course in a photography school in Brussels, and this experience really took my photography to the next level and awoke my interest in photojournalism and documentary photography. I started adopting a more critical view on issues (social, economic, etc) and felt an attraction to documenting these issues in photography.

I explored the idea of non-explicit story telling and found this more interesting and fascinating than straight-forward stories that explicitly depict an issue and give all the answers. Photography must make you wonder, and this is why it is interesting for me. I inclined towards slow documentary photography where I could assemble long-term projects and treat these as puzzles that once assembled a story, a compelling one.

How did you end up going to Sarajevo in the first place?

Sarajevo was a coincidence in my life, which quickly turned into an intrigue and a desire to delve into the narrative that was the siege of Sarajevo. In 2009, I quit the corporate world (after been 16 years in it) and ventured into photography. I decided that I want to dedicate my life to photography and make a living out of it. In my first year as a professional photographer, I explored the idea of sustaining myself as a wedding photographer while I worked on personal documentary projects on the side. In August 2010, right after doing a master-class with photographer Alex Majoli, I was hired to shoot a wedding in Sarajevo. It was my second time in the Balkans, but my first time in Bosnia & Herzegovina. I remember that I was really excited and a bit nervous about the wedding and the city. There is a very sad and traumatic history behind Sarajevo, and this made me nervous. I was not sure what would I find there. I did know about the war and the siege of Sarajevo, but the details of it were totally unknown to me. In the early 90’s, I was living in Caracas and although I remember the news, I was 19, when the war started, and it was not something neither I, nor the people in my circle really paid particular attention to. This curiosity about what happened to the people of Sarajevo, why and where exactly the war took place, what was left and who were these people nowadays drove my interest into taking pictures of the city and people. After the wedding, I stayed nearly a week there exploring and shooting around Sarajevo. Upon my return to Brussels, I edited the material and made a small storyline in B&W about the post-war Sarajevo. I even had named this series Dosta! which means enough. This was a Bosnian word I saw stamped on the walls all over Sarajevo. I showed the series to a number of photographers, I even posted them on Facebook, and I had very positive reactions. I decided to come back to Sarajevo and engage into a long-term project.

What was your most bizarre adventure in Bosnia?

The whole project in Bosnia was a bizarre adventure for me, but it was in the moments when my camera was set down, and the relationships were evolving that the narrative started to unfold: I was invited to do a tour to a coffee factory near the town of Visoko and then a tour to an automotive factory, both with the goal of photographing young workers. In the coffee factory, I ended up drinking a lot of delicious Bosnian coffee with the owner, with very few or no pictures of young workers, and in the automotive factory they told me that taking pictures was not allowed and that there was no delicious Bosnian coffee. Though they invited me for a very nice Bosnian lunch…

Tell us about your experience of turning the project into a book!

The making of Overnight Generation into a book was in and of itself an adventure, and a growing experience for me as an artist and documentarian.

When I started shooting Overnight Generation, I did not have any clue about book making, nor I knew that my project would turn into a photo book. I did not shoot the project thinking that those images would end up being a part of a photo book. I was thinking more about exhibitions and magazine publications. The project evolved into a photo book because thanks to collaboration and input from so many people. In August 2010, I started the project alone with this series which I called Dosta!, but during my second trip I invited photographer Martina Velenik from Croatia to join me in the project. We had met in Alex Majoli’s master-class. For nearly a year we shot the project together, each of us in this own style but always towards a common subject: “the children of the war, the youth of Bosnia and Herzegovina”. It was an interesting experience, and I must say that working in a team helped us somehow to keep moving forward. My interest in photo books started with the publication Gomorrah Girl by Valerio Spada. Martina and I had met Valerio in Pianelo val Tidone during Majoli’s workshop and got very familiar with his project. It must admit his book project was a real source of inspiration for us, and it gave us the idea of self-publishing Overnight Generation. The book-making process was a long one, especially because we were clueless and we had to learn everything from scratch. I designed myself the very first dummy and printed it in Blurb. In late 2011, I came up with the idea of participating with Overnight Generation in the Dummy Book Award 2012. Martina and I searched for book designers and as suggested by Valerio Spada worked with photo editor and painter Daria Birang on editing of our large material. This was a sometimes wonderful and a sometimes frustrating experience because at some point of the process our images didn’t seem to make any sense to us. We went back to Bosnia few more times before it really started to make sense. I must say that Daria was of a huge help in this stage of the project. She was of guidance, and she edited our material from some 10,000 images to a storyline of some 120 images. Around that time, I met book designer Francesco Vedovato. He was working for a printing house located in Barcelona, and I really liked his book designs. After some brain storming with about Overnight Generation, we thought that it was the right decision to hire him to design the book. Then through my Bosnian network I met Federico Sicurella who offered himself to write for the book.

The book design was a very demanding process as we were clueless about many aspects of a book design. Even though Francesco designed the book, our input to the concept was instrumental and we worked hand-in-hand on it. I must say Darias’ edit was the baseline to build the storyline of the book. We changed a number of images and adjusted the sequence many times, but the essence of her edit stayed there. It was a real team effort.

At that time, I was doing my MA in Documentary Photography at London College of Communication and all those lectures with very established photographers, book makers, editors and gallerists were of a great help, inspiration and influence in the book making process.

After the production of the second dummy (designed by Francesco Vedovato), Overnight Generation was shortlisted to the Dummy Book Award, and later on to quite few other photo book contests. At that moment, it just felt like the right time to publish the book. Unfortunately Martina could not join me from that stage of the project and onwards.

What kind of project you are working on now?

I am currently working on a personal photo book project about Venezuela and exploring my experience of the changes that have taken place since I left my country 15 years ago.

I want to reflect my personal vision of the Venezuela that I am finding 15 years after the so called Socialism of the 21st Century arrived. I don’t want to make any political statements. I hate politics and politicians. I am just exploring and photographing different topics of my interest that to me portray the current environment and the idiosyncrasy of the people. The country has changed dramatically from what I remember, and I am exploring it from within my own inner circle of family, old friends, ex-colleagues and new acquaintances. I am finding it to be a very interesting exercise because I feel somehow a foreigner in my own country and I am paying particular attention to things that I never paid attention when I lived there. I am loving it because I am reconnecting with my roots. On the other hand, it’s very sad for me to see how my country is breaking apart. I find hatred and division that did not exist back in the days… 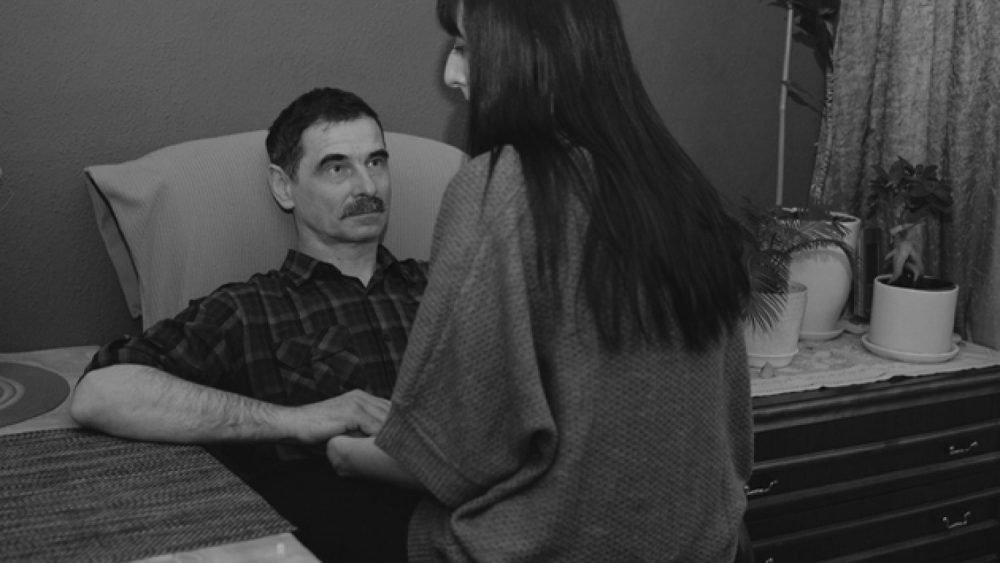 Polish born, London based artist is among the three winners of the 2015 Jerwood/ Photoworks Awards. Last year she spent one month doing a residency in Latvia. 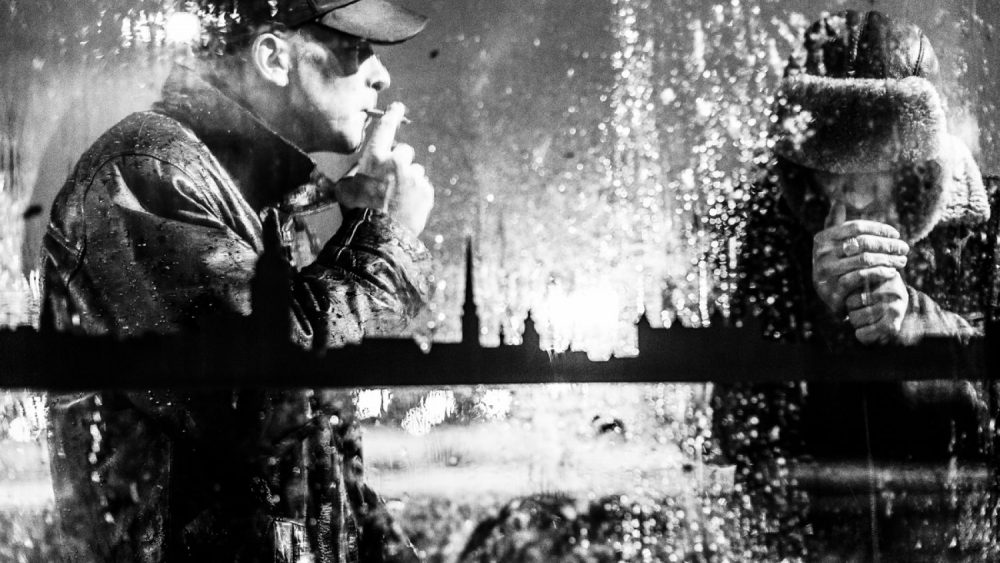 Latvian photographer captures the light and shadow play and daily situations on the streets of Riga.