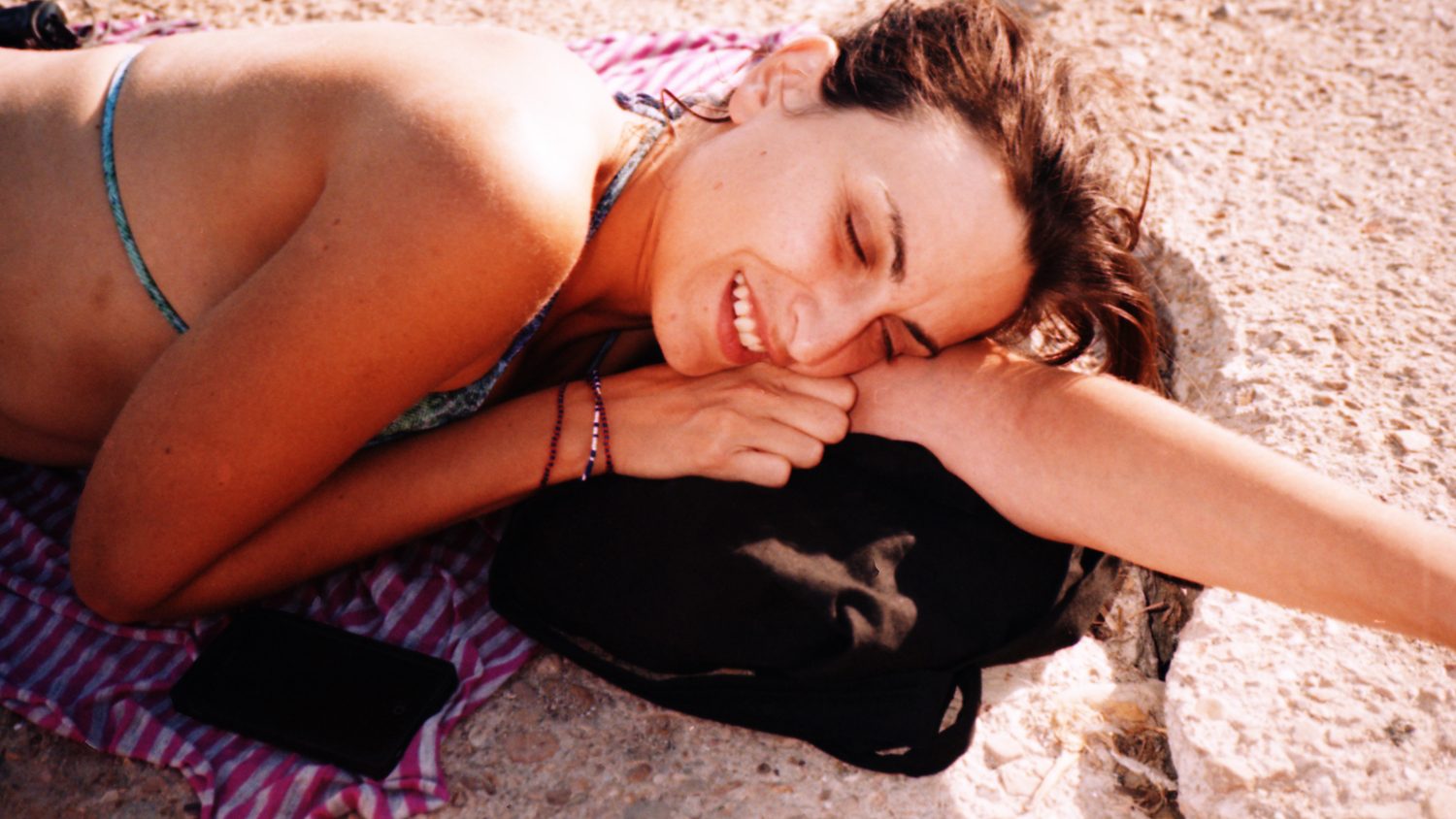 Latvian photographer Ilze Vanaga’s (1979) poetic work is mainly concerned with themes of childhood, search of feminity, motherland and home. In her photographs, truth alternates with fiction, and symbols with emotions. Her works act as psychological journeys, helping the artist explore and discover herself and her individual world. A year and a half ago, Ilze became a mother, and this had a great influence on the idea and structure of the Riga Photomonth exhibition Leaving Paradise, which opens 12 May 7pm at the Kaņepes Culture Centre in Riga. “My child coming into the world opened up many long-closed doors inside of me. This exhibition is a transitional state, between the old and the new. A report, a reflection, giving thanks to my Garden of Eden for our [my own and the daughter’s] existence, for our cherishing and nurturing”, Ilze explains the motivation behind the exhibition.

Vanaga has received a BA in Art History from the Art Academy of Latvia, and participated in several ISSP summer schools in Latvia. She worked for several years in fashion photography, as well as assisting others in London and the U.S. In 2014 she published the book Press House (together with Inga Erdmane), which has been exhibited in Amsterdam, Paris, Budapest and elsewhere.

How would you describe your photographs?

That’s a tough question. It’s like describing myself. I liked what Nina Simone once said in an interview – since I sing what I feel, one day I can sound like shards of stone, and the next – like coffee with milk. For me, it’s similar. Some kind of mixed blood flows through me. It’s like an atomic bomb that I try to discharge internally so it won’t explode. I feel close to America, all those westerns. Most likely, in my photographs, I’m looking for the answers to existential questions. Past lives, the hidden future through the present moment. What is important to me personally at the time; what is tormenting me, not giving me peace, making me go somewhere, do something. It is only afterwards that you understand – when the thought, the feeling becomes clear. I do not think; I let the momentum carry me. In my case, it is always an inner journey. Almost a pilgrimage. Always.

What is most important to you in photography?

Quite recently, while thinking about why I don’t want to take pictures, I came to the realization that photography is an immersion in the past, in sentiment, and possibly, in some sort of illusions. There have been times when I have consciously wanted and done that. However now, in fact for some time already, I’m not working on the classic kind of stories typical of this genre. I realized that I use photography only as a tool when I have it handy, or if I specifically feel a need for it. It is just as essential as a hammer or a nail when making a shelf, which can be important in some other moment. Or, for example, a needle and thread to embroider a cross in a piece of cloth. It can be anything. But that’s something I realized this summer. When I let myself do it. Consciously.

What is associated with the concept of “paradise” for you?

For me paradise is somewhere so good that you don’t want to leave that place or feeling. I experienced this last autumn. On a fantastically warm, late September morning, in my childhood home – after breakfast I was sitting in a swing in the garden, and was overcome by a transcendental feeling of being in paradise. You know, when you have to cry, when you just choke up and don’t know what to do with yourself. From happiness, from pain, from sorrow, from everything. It was like a kick below the belt, you could say. Completely unexpected. I realised I felt so unbelievably good there that I wasn’t even sure if I could get up and leave, move, live my life, raise my child. That I am still like a child myself, who doesn’t want anything more than to stay forever and ever in that feeling. It was so powerful that it shook me inside out.

Firstly, because I hadn’t realized I was caught so deep in the past, in my childhood, like clinging
to my mother’s breast and not letting go for anything. Secondly, the realization that I must
let go, that the moment has come. This gave rise to shock and fear – what, why, where, when?
And thirdly, whether I could do it, since you feel so good that you almost can’t see the purpose and almost do not believe that you will ever find the same feeling elsewhere. And just as strong, another feeling – almost pain, a huge push from inside, a primordial joy of awakening and incomprehension, like being born – a sense that where you are going is something much, much more. That there is absolutely no need for fear. There will be something good, something your own, something mega. In short, you’ve got your world in front of you, your own cosmos to discover. And then, like an avalanche, I saw my entire archive, all the photographs I have ever created, falling in front of my eyes. And wherever I was in the world, I understood that they were all about this garden, this house, this feeling. Like the Old and the New Testament. Everything before, and now.

What are your greatest challenges in creating an exhibition?

Not losing myself. Maintaining the purest possible feeling and message in what I feel the need to say, express, draw and build. Because, on the one hand, there is a need to express it, to get it out there. At the same time, it really puts me off if I start thinking about what other people will see. In short, I know from experience that I have to maintain a semi-trance-like state, surrendering to impulse, with the mind not involved too much. The most fantastic results happen when you are present and at the same time give in to everything happening as it must. Spontaneity is crucial. I want to create my exhibitions like pieces of music. To indulge in a variety of tempos, rhythms, not limiting myself to some made-up concept. 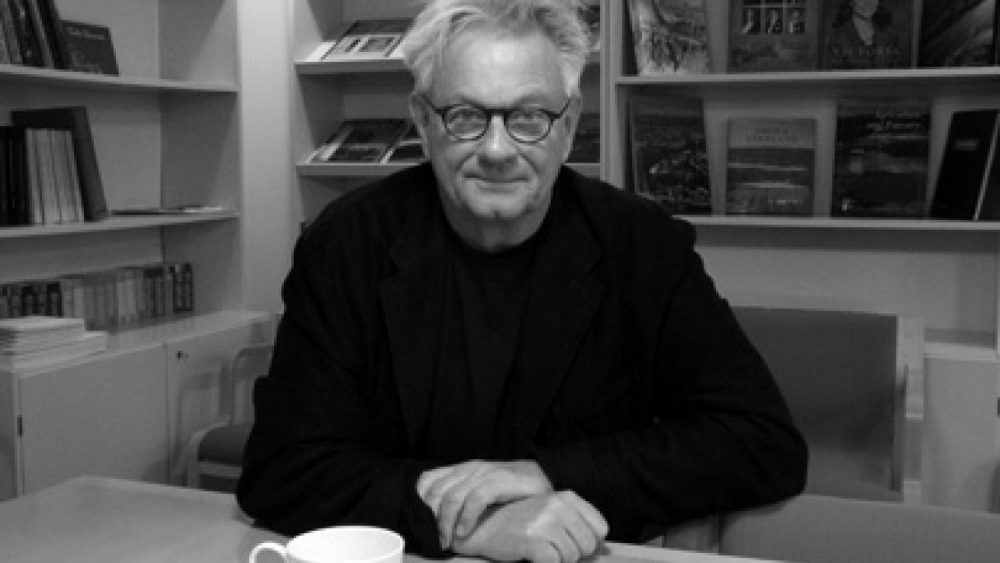 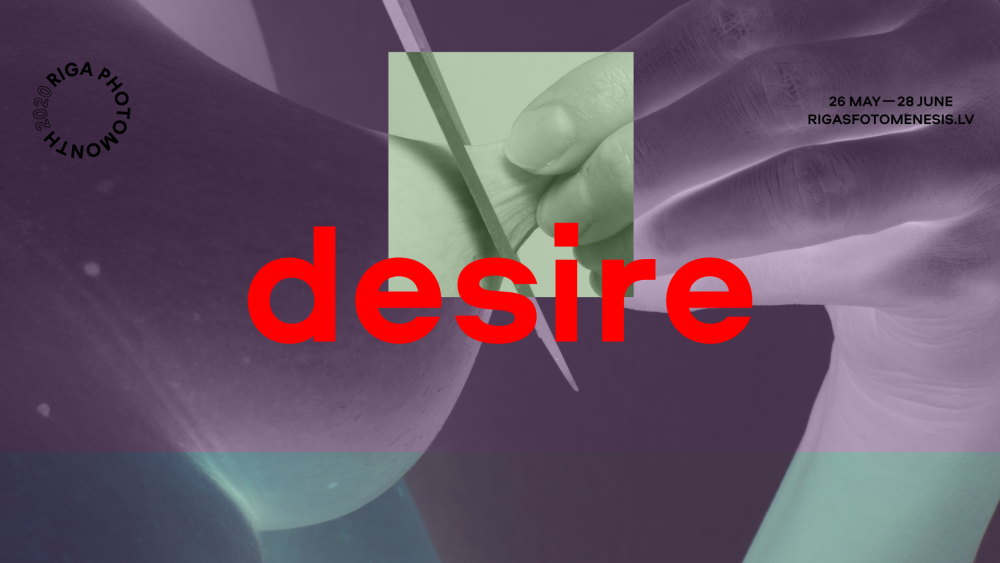 Riga Photomonth – the first festival in Latvia during the pandemic

From 26 May until June 30. Most events will take place online. 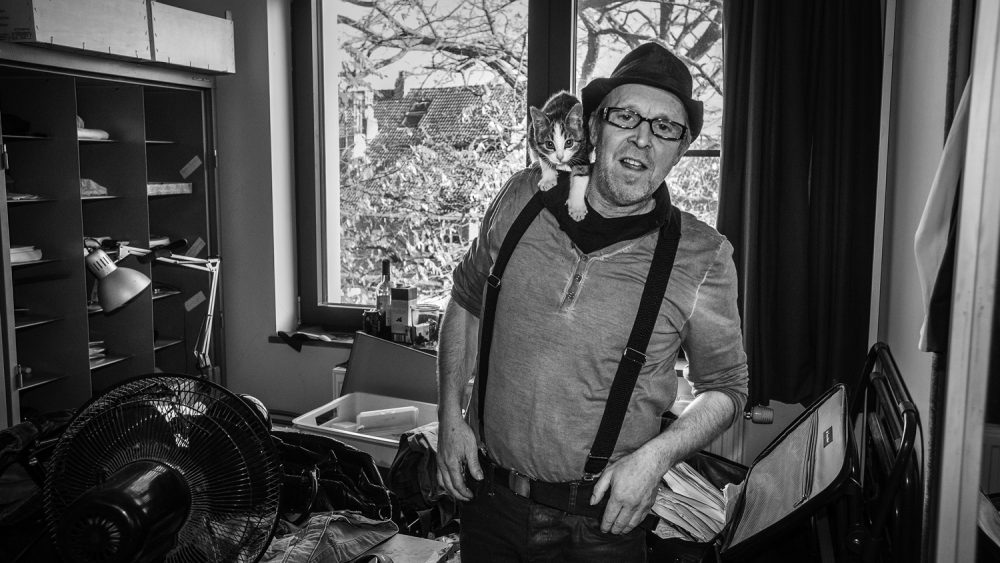