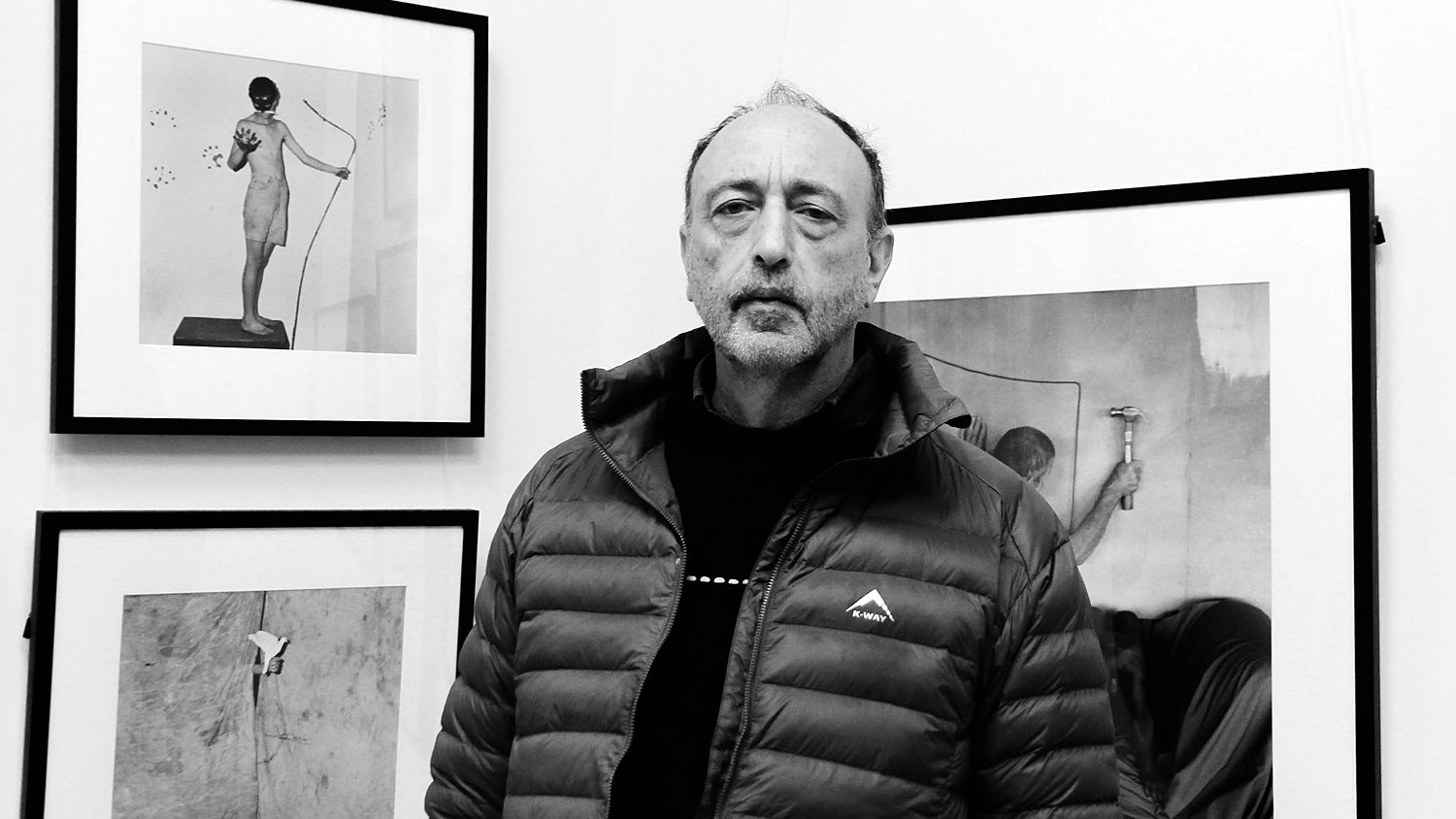 “Roger Ballen and his seven series lead us through the archetypal states connected with decay, alienation, absurdity, doom, retreat, ambiguity and the subconscious in order to bring us to the surface of the Self. His photographs are like the bitter pills that we don’t want to take even though we know they have a healing effect.” This is part of the description of Roger Ballen’s latest exhibition Archetypes at City Art Gallery in Plovdiv in Bulgaria, where a large retrospective of his work is on show. It can also be seen until January 13 at National Gallery/Kvadrat 500 in Sofia. It includes 200 black and white photographs from 7 series made between 1982 and 2014.

Roger Ballen (1950) is one of the most important and influential photographers of the 21st century who has been living and working in South Africa for the last 36 years. He gained international recognition with his distinctive and dark photographs of local village people. At first, as a geologist, he documented the surroundings, but after a while began to stage events according to certain criteria known only to him . Ballen tried to erase any cultural meaning from the pictures, to make them more universal.

You once said that you have created a new reality and new aesthetics in photography that affects people’s psyches. Can you speak more about this correlation between the human psyche and your work?

How do you know when it’s challenging? Do you have any criteria?

You have been said to be very isolated regarding your relation to politics. Are you denying any common meeting point between art and politics?

Yes, but there can be a politics of the psyche. If the psyche has come to terms with itself, in harmony with itself, that’s a first step for some solution to the planet’s problems. Most people’s psyche is built on its repressive behavior and people don’t have any relationship to their psyche. This is the cause of most of the problems on the planet.

Anger, dislike, hostility, dissatisfaction, jealousy and violence. They all have to do with repressed instincts. If you have a better understanding of yourself, you don’t get jealous, you know how to control your anger and you don’t need to express those feelings, because you come to terms with them. You don’t have the same pent-up anger. What I’m talking about is a Freudian theory of repression, until the mind liberates itself from itself, gets to know itself better in terms of its own identity. We can’t solve the world’s problems.

You have worked with homeless, mentally unstable people, who don’t have money, etc. How do you find a way to get so close to them?

How do you find a flower that you like? You walk around and look for the flowers, then one appears that you like. How do you know anything? For example, my dog. I give him chicken, beef, vegetables, cereal, but he goes for the beef. Why? I don’t know.

I can find somebody by walking around in 5 minutes. I look at people’s faces until I find a person I like to talk to. When I find a human subject it’s like 5% there, I still have 95% to figure out what to do.

Going through your works I don’t see many photos with black people, despite the fact you were working mainly in South Africa.

You don’t see Indians, you don’t see a lot of other different animals either. South Africa is a white and black country. I have a lot of pictures of black people, but they weren’t necessarily shown in the series. It was easier for many years to work in the white areas, because you were prohibited from going into black areas. Also, there were problems getting permits and in lot of areas it was quite difficult to photograph. You might find that you have problem of violence and criminality against you. A lot of these areas in the cities you can’t walk around with a camera. There are many black townships. It wouldn’t be a very smart idea.

How about the situation now? I’ve read about many conflicts between the black people and white and that white people are living in fear.

The media exaggerates everything. There are obviously still issues between whites and blacks but there are a lot of problems between blacks and blacks. There’s a lot of problems between the wealthy blacks and the poor blacks and that’s nothing to do with the whites. The problems are exaggerated and distorted because of the viewpoint that the media wants to take. Issues between white and black exist in every country in the world. It’s been going on for thousands of years between one group and the next. South Africa is just another country that has the same problem as every other country in the world. What’s new about any of these things? This is a waste of your time and energy. If you are talking about art, talk about things that have an effect, have something that goes beyond race politics and all these issues, because they are changing every day. Look at this picture, is it about politics? No, it’s about absurdity. Do you think human life is absurd?

In a way, of course.

Absurdity is more challenging than talking about politics in South Africa.

Your photographs are somehow frightening and bizarre, full of psychologically disturbing people and places. These shots are easily associated with nightmares. But so far, psychologists assume the brain uses dreams to make sense of what humans experience every day. What can you reveal about this?

Is there something you can predict?

Nothing. Can you predict how well you will sleep tonight?

What happens if you don’t?

Of course everything can change.

Of course. That scares a lot of people. That’s why we have this society we have.

What are you scared of?

I’m scared about the chaos around. You don’t know what’s going to happen. Chaos is everywhere, because you can’t predict the future. The only predictable thing is your own death.

What will happen with photography in the future?

The author is not important?

What is important in this world? I’m not lying about the picture. I’m not pretending that one thing is another. Everything keeps changing. Nothing stays the same. In a hundred years I don’t know what will be. The main thing about art is its lasting presence. That it has an impact on the viewer. To me that’s what matters. 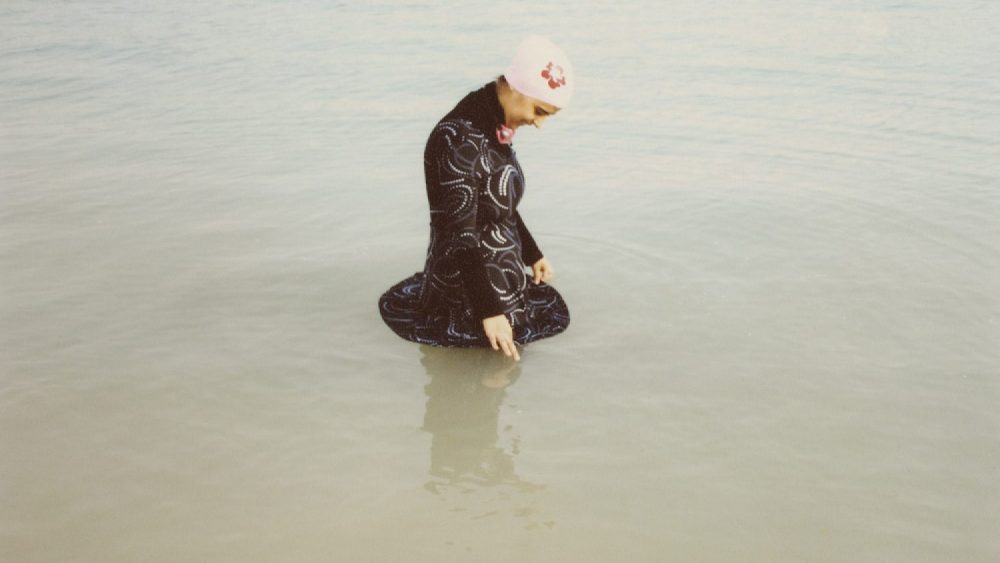 English photographer is interested in the role and position of a woman in various cultures. 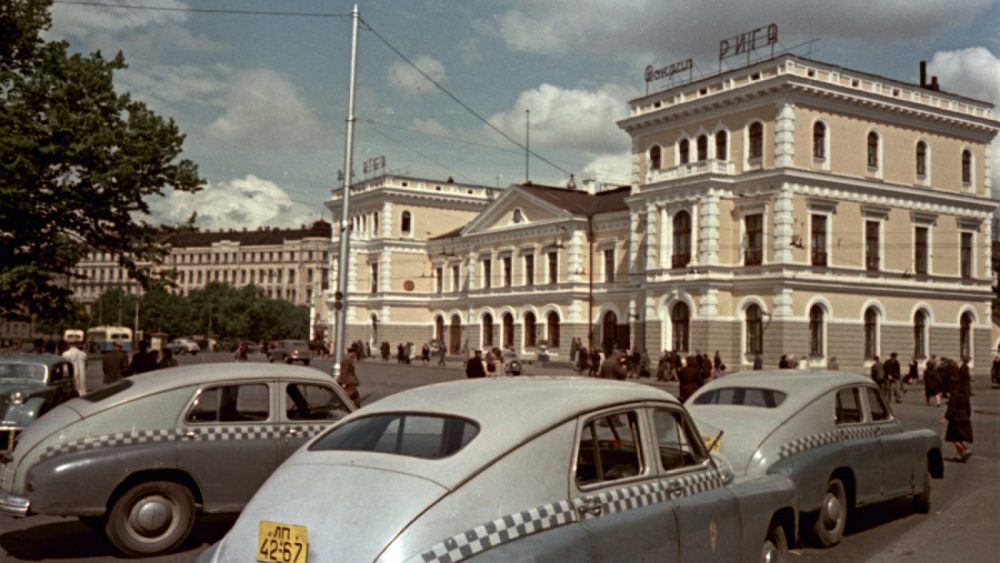 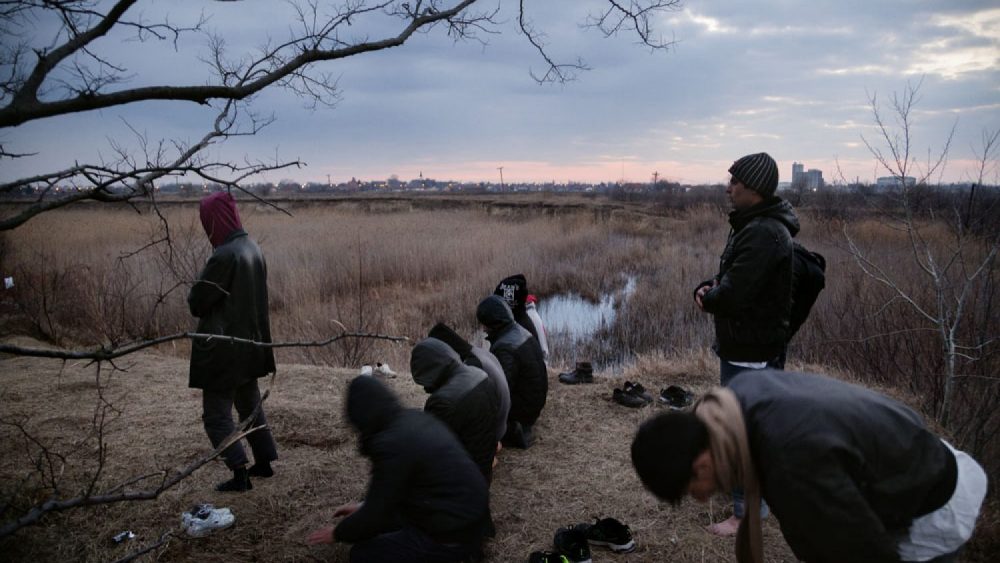 German born and raised photographer Merlin Nadj Torma focuses on the projects about the Balkan region.