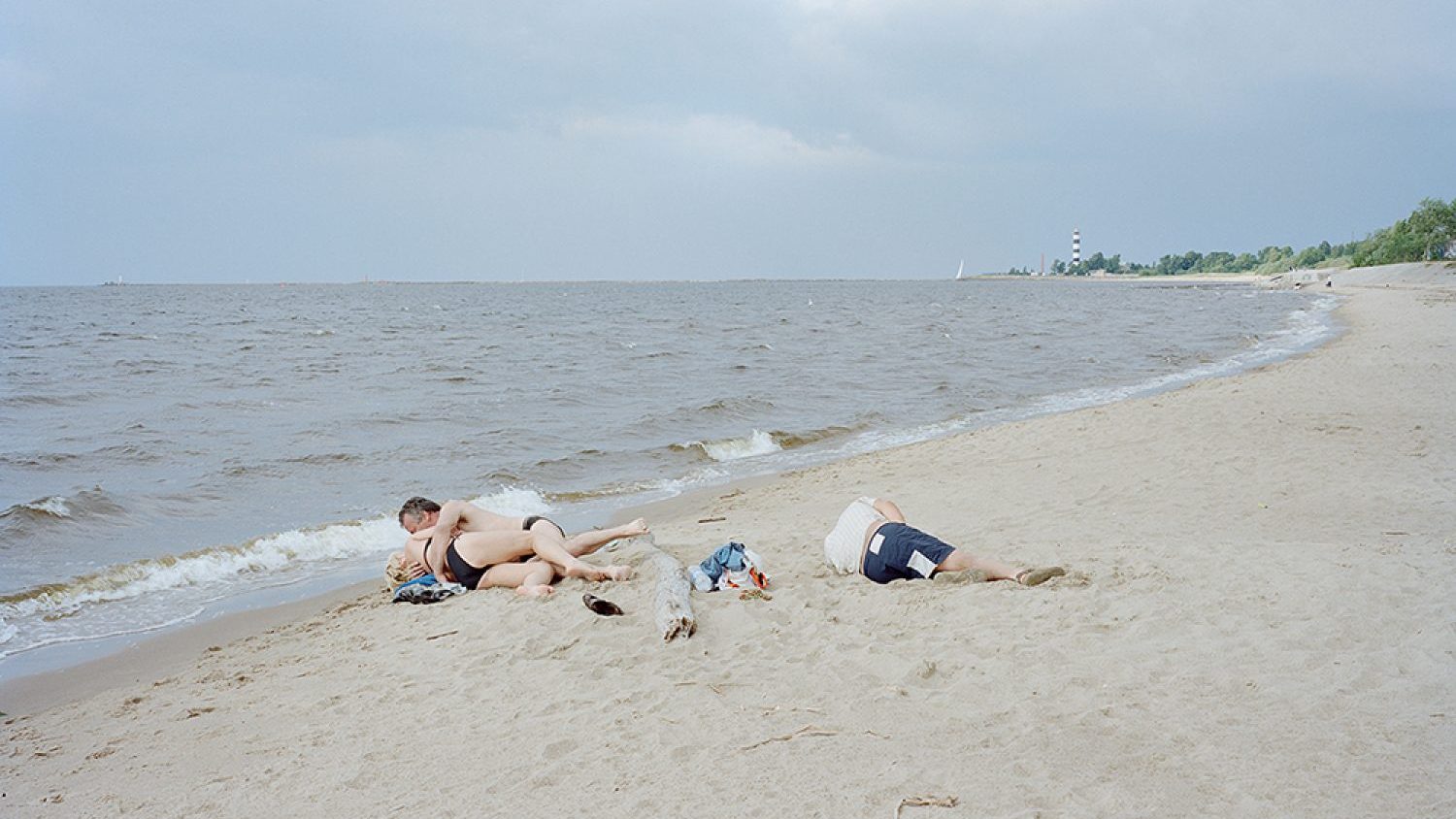 Andrejs Strokins (1984) has had a stroke of luck lately. „I have succeeded in several competitions,” he says timidly. His first solo show People in the Dunes is on display at Kaunas Photo gallery until August 30. Next year he will have an exhibition with the same project in the Latvian Museum of Photography. This year Andrejs was chosen as one of the Joop Swart Masterclass participants, as well as one of the LensCulture Emerging Talents 2014, and awarded second place in the La Quatrieme Image competition, as well as  second place in Photo Annual Awards competition in the category of documentary photography. He is one of the participants of the Sputnik Photos mentorship programme. Andrejs graduated from the Printmaking Department of the Art Academy of Latvia with a Bachelor’s degree in Fine Arts. He manages to combine working as a professional photographer with personal projects.

Why did you wait so long until your first solo show?

I did not feel I was ready for it. I am a perfectionist. I cannot simply have an exhibition; I need exactly the exhibition I have imagined in my mind.

When did you start working on the series about Bolderāja and why did you choose this district of Riga?

I had been visiting Bolderāja and Daugavgrīva from time to time since 2006, but the project took its final shape after five years, when I was writing an application for the ISSP project Visual narratives: European borderlines. On completion of the master-class I continued to work further and expand the project I had begun. The story is not only about Bolderāja. I am interested in the entire territory from the Spilve fields to Daugavgrīva. After Iļģuciems, Riga’s landscape transforms beyond recognition. These outskirts are unique in their geographical position and historical background. It is a part of Riga, but at the same time the feeling there is absolutely different. This territory used to be a military zone during the USSR. It has always been a strategically important place. It has 17th century forts; the area is full of legends. The entire neighborhoods of Bolderāja and Daugavgrīva are built on the dunes. Sand for silicate brick production has been excavated from there. It could be said that the city of Riga has been built from these bricks. Recently I heard a legend, that in the 16th century witches practiced their rituals in the Bolderāja dune. Before being burned at the stake, they confessed that had been flying to Bolderāja. Only a small hillock is left of the dune now. Bolderāja is also closely related to the roots of local rock-music, and many artists have been working in Bolderāja. In the beginning my interest was more an excitement with remnants of the Soviet times, everything that had been preserved, restricted, interesting and exotic. However, when I dug deeper, I understood that many things have also changed, and this is very interesting. In my series of work I would like to focus on these legends.

How do you succeed in combining your personal projects with commercial photography?

Frankly speaking, I cannot combine them. One or the other has to be sacrificed. I either earn more money or get more involved with personal projects. And in between is my family, which is also sacrificed. This is always the issue on weekends: whether to spend time with my family and girlfriend, or to go somewhere to take pictures. When everybody is relaxing, I am processing and scanning pictures. I am a freelancer – I work whenever there is something to do. I try not to refuse any work. When there are no commercial projects, I work on personal ones.

Has your experience in the Sputnik master-class significantly changed the way you work on your personal projects?

Yes, probably the two most important things that happened this year were being chosen for the Joop Swart master-class and participation in the Sputnik master-class by Rafal Milach. Rafal helped me a lot, also to select the pictures for Joop Swart. I did the selection on my own last year, this year Rafal helped. From him I have learned a more constructive approach to projects: to analyze more, to think more about the selection of the pictures. My previous approach was more emotional, however Rafal’s approach is absolutely rational. The selection of pictures, sequencing them is the thing that distinguishes a good photographer from a bad one. I have been working on an abstract project about drinking, and this rational approach has helped me a lot with that. In the last few years, I’ve become a passionate collector of vernacular photography, and I’m trying to create a story combining the archives of amateur photographers and my own pictures. The leading motif of the story is a condition of slight alcoholic intoxication, which influences our relation with reality. I have taken a lot of different pictures. Various formats, various techniques. Now I think it has come together quite well. I feel that this way of thinking more rationally also influences the projects I start to develop now. For the Joop Swart master-class I am working on a project about the yellow press. I try to show the absurdity of the cult of celebrity. Then there is the Everyday Error project I have been working on for a long time. I would like to make a book.

Is the post-Soviet space still interesting for Western Europe?

I try to approach it from another point of view. The initial impulse was exoticism. It captivated me – a kind of melancholy for childhood. But we cannot escape it – this is our reality, this is how most of our neighborhoods look like, this is our inheritance from the Soviet Union. It would be silly to pretend that the situation is different. For a time, I thought there might be too much exoticism. Of course, it is a kind of cliché. But there is a truth there. In this sense I am not afraid to be banal. This is life. The centre of Riga might look beautiful, like a European capital, but when you travel a bit further or to other cities – everything is totally different. 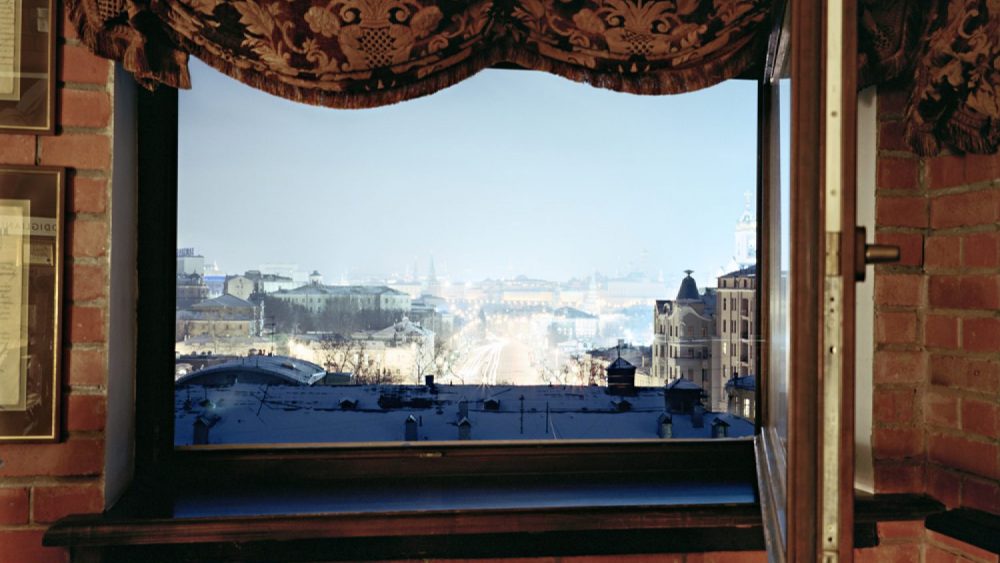 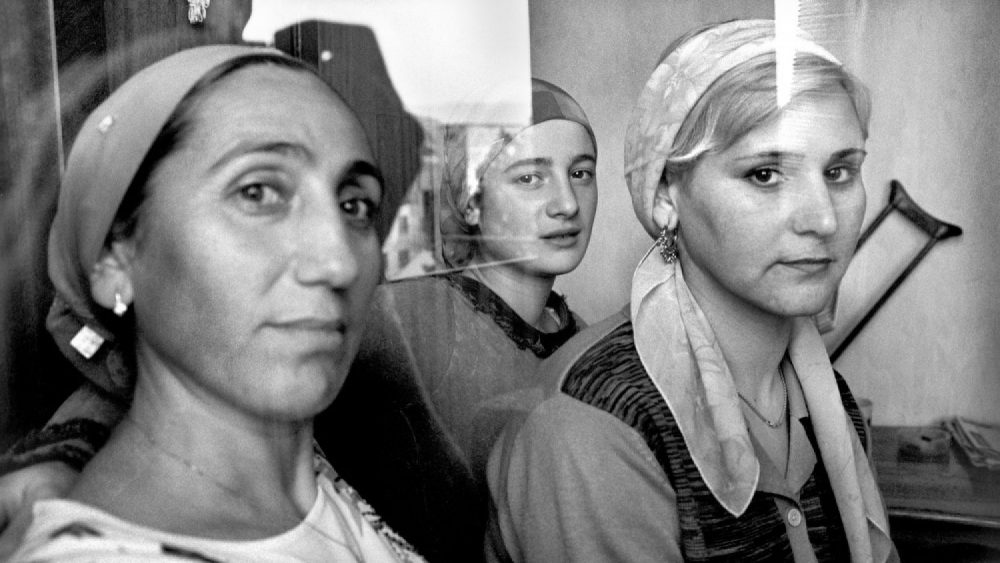 Her stories from the conflict territories question about the belonging, political borders and human nature. 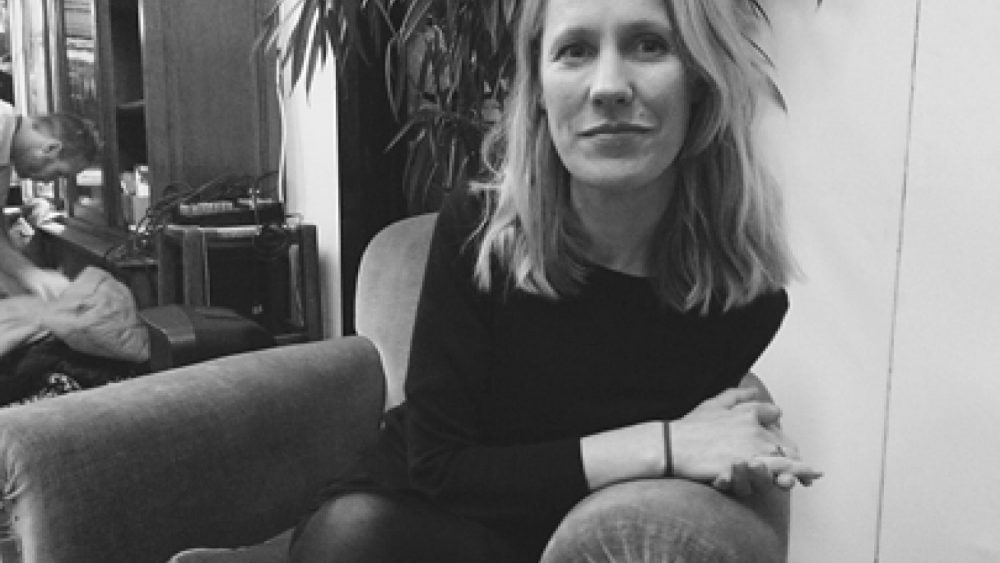 The Dutch photographer’s book Sequester has made it to the “best of 2014”.