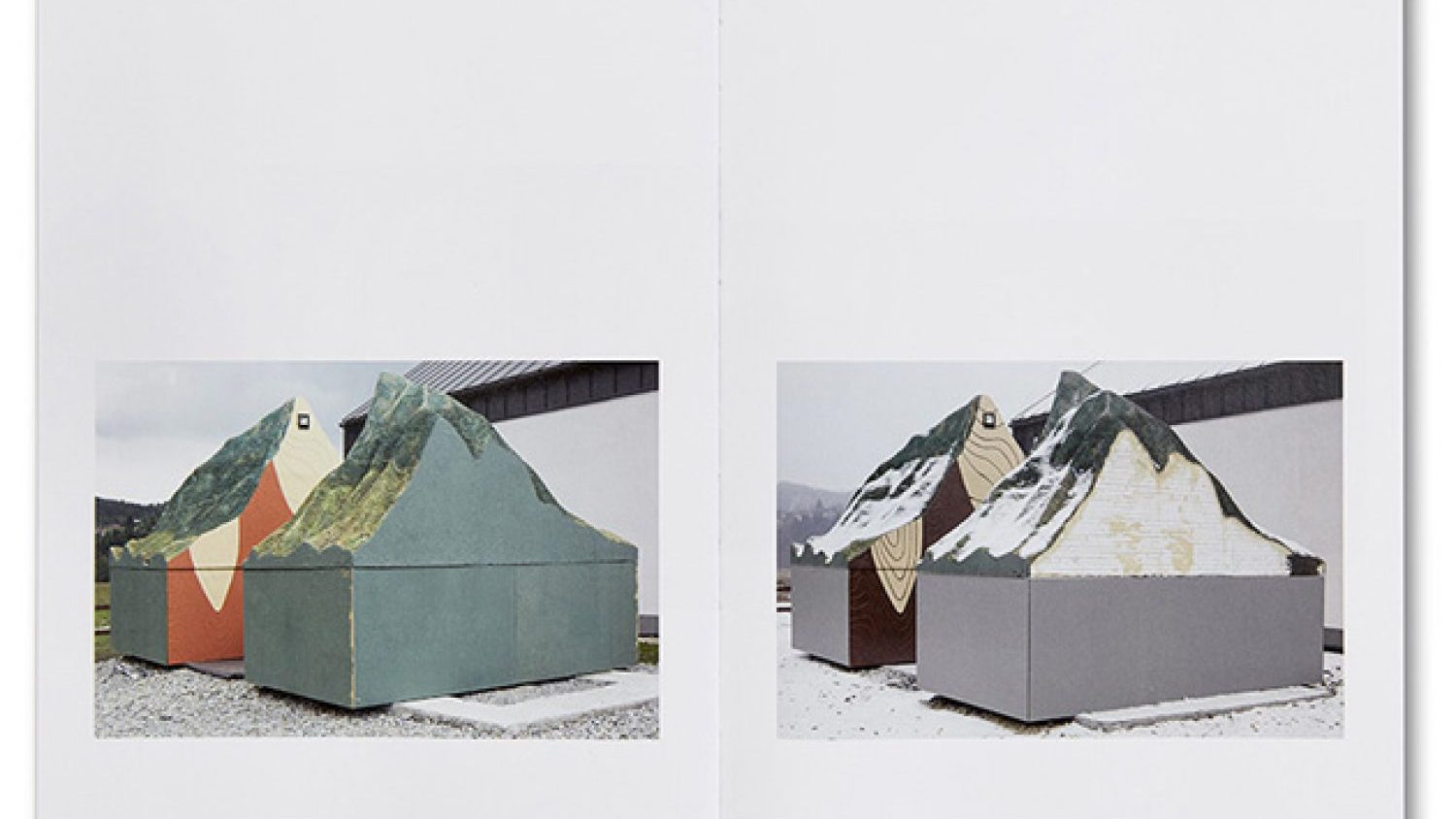 Evita Goze, photographer and journalist, Latvia:
The Epic Love Story of a Warrior by Peter Puklus (Self Publish Be Happy). The encyclopaedic photobook full of references to the history of photography is about unpredictability, boldness, playfulness and a good sense of humour.

Anastasiia Fedorova, journalist, UK/Russia:
’15 by George Nebieridze (self-published), Georgian photographer based in Berlin. I love his work with colour and his obsession with close-ups of flowers and cars, and the way he conveys emotion through putting together random snapshots – it feels very up-to-date in our culture driven by immediacy.

Mindaugas Kavaliauskas, the director of Kaunas Photo festival, Lithuania:
Passport by Alexander Chekmenev (Dewi Lewis). Do you remember the award winning book Photographs for Documents by Vytautas Stanionis’ images discovered by his alike named son in Lithuania? In Passport, we are in Lugank, South-Eastern Ukraine, in 1994-95, where a young photographer visits people, makes installations and shoots the portraits for the new Ukrainian passports. The book, divided into two parts, has got not only partly translucent pages, allowing unconventional transition from one page to another, but also photographs of actual sittings for the pictures that also embed the report of the state of living of these people. Genuine, long-term project wrapped in a conceptually appealing paper shape.

Kārlis Bergs, photographer, Latvia:
Schema by Alexander Gronsky and Ksenia Babushkina (Orbita). A great brainteaser, as well as a painful reminder of time and changes. I would also like to mention the Latvian photographer Georgs Avetisjans’ book Dzimtene (Homeland). A beautiful story about the people in Kaltene – the longest village in Latvia. It is about the past, present and the future dreams. It seems that all these elements are intertwined with landscape as the unifying element. The viewer looks at the landscape and sees both the story of the past and the present, and perhaps is able to visualize the future, too.

Tom Mrazauskas, book designer, Lithuania/Germany:
Old Family Photos and Deep Sky Objects by Alla Mirovskaya (self-published). It’s a very simple book: pictures from family albums are merged into one sequence with images taken by the Hubble telescope and captions are given for each image. Everything looks ordinary until one begins to read. “Lena”, the text says and we see a galaxy; “The Boomerang nebula in the Centaurs’ constellation” – three guys playing basketball. Alla has mixed up the captions intentionally and this made my imagination work. It’s a surreal book!

Peter Puklus, photographer, Hungary:
Provisional Arrangement by Martin Kollar (MACK Books). Touches funnily the abandoned dogmas related to the Soviet Union and the Communist era of the Eastern block.
#66 [post colonies] false and fractals by Viktor Kopasz (self-published). Joking, mocking and questioning the symbols of national identity (the Tatra Mountains in Slovakia in this case) by digitally and manually modifying, enlarging and colouring them.

Kateryna Radchenko, the director of Odessa\\Batumi photo days, Ukraine:
Passport by Alexander Chekmenev (Dewi Lewis). At first sight, it is an archive of the series created in 1994-1995, when passports were changed in Ukraine, a symbolic transition from the Soviet era to the period of development of the independent Ukraine. Yet, on the other hand, it is a book of symbols and images showing the end of a historic era. Alexander works on a commission from the social services and takes passport photos of the elderly, the poor, and the sick, capturing at the same time the interior of their lives. The book cover – four ribbons in three colours: yellow, blue, and black – creates a visual association with the flag of Ukraine and the symbolic colours of Luhansk as a coal-mining centre. The first part of the book is a result of the photo shoot: passport photos pasted into a graphic imitation of the passport margins, where the half-transparent pages create a sense of life stories overlapping with each other. The second part of the book consists of full-size photos resembling a movie scenography, not a real-life situation. For me, the Passport is an example of rethinking a photograph as a document, a process of changing emphasis in the historical context, a book symbolizing the “changes” in Ukraine in shot and “out-of-shot.”

Gintaras Cesonis, chief of Lithuanian Photographers Association and the director of Kaunas Photography gallery, Lithuania:
Victory Park by Arnis Balcus (Brave Books). A beautiful example when a dialogue between the content, artistic experiment, design and simple but creative technical solutions creates an object that is not easy to put back on the table. It is more than just a book.

Salvatore Vitale, the editor of Yet Magazine, Italy/Switzerland:
Lost Territories Wordbook (LTA 1) by Sputnik Photos (Sputnik Photos). This book that was published at the very end of 2016 is not a photobook in the mere sense of the term, but it comes with the taste of an “illustrated document”, a research on an ample territory with the aim to trace a line between the pre and the post vision of the Soviet countries. Sputnik commissioned nearly one hundred short texts from twenty-one authors such as journalists, novelists, poets, historians, artists, curators, and scholars in order to create a dictionary with missing definitions. A proper and engaged research work, cleverly built, made of important contributions and visions playing on different layers and languages.

Iveta Vaivode, photographer, Latvia:
Schema by Alexander Gronsky and Ksenia Babushkina (Orbita). This book wonderfully dissects the peculiarities of the gaze literally broadening the idea of the “crucial moment”. It turns out, it can be based not only on temporal, but also spatial dimensions. It’s a smart and revealing work that sharpens the viewer’s mind.

Andrejs Strokins, photographer, Latvia:
Provisional Arrangement by Martin Kollar (MACK Books). I have been following Martin Kollar’s artistic career since his photobook Field Trip. The new book continues the same path, but with a greater sense of surrealism.

Arnis Balcus, photographer and the editor in chief of FK Magazine, Latvia:
Tulips by Andrew Miksys (ARÖK Books). It’s sexy, political and nostalgic. I guess this is how I would describe my own work, too.

Jana Romanova, photographer, Russia:
My Air Force by Vojtech Veskrna (self-published). If you are a passionate photobook lover you know that at some point you start looking for books that are not just great, but somehow touch you in a way different from everything else. And it’s very rare that from the first glance at the book you already know what this story is about, and you somehow know that this is “your story”. And this is how My Air Force worked for me the same minute I saw a dummy of it at the Self Publish Riga exhibition during Riga Photomonth this year. In general, I think it’s a book that has a very simple idea behind, but it is a very good work with the combination of found imagery and photographs that the author took himself. The work perfectly takes you through the narrative, written in several very poetic and a bit naive paragraphs of text. 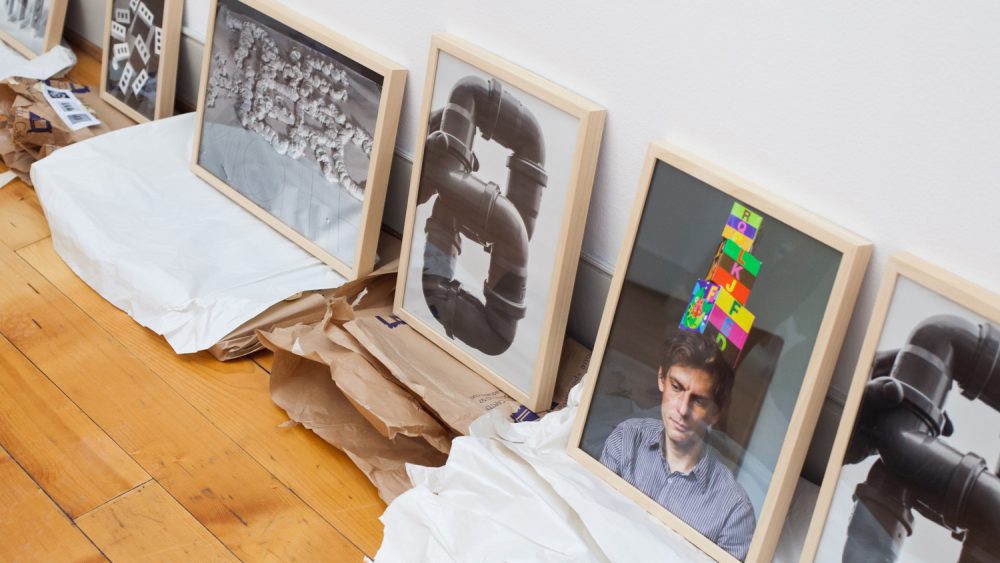 Photographers from our region reveal their exhibition experience. 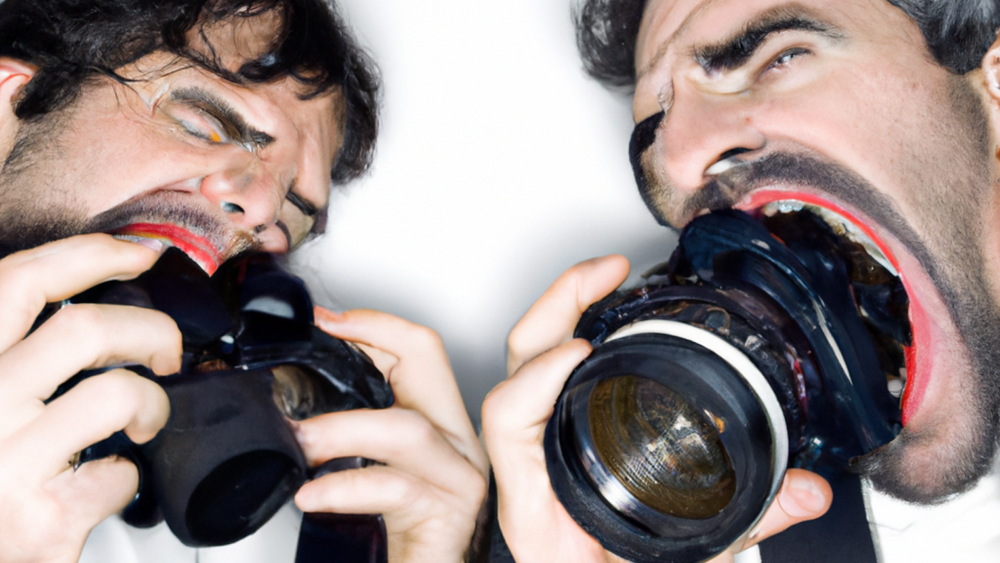 How would you describe the current state of photography?