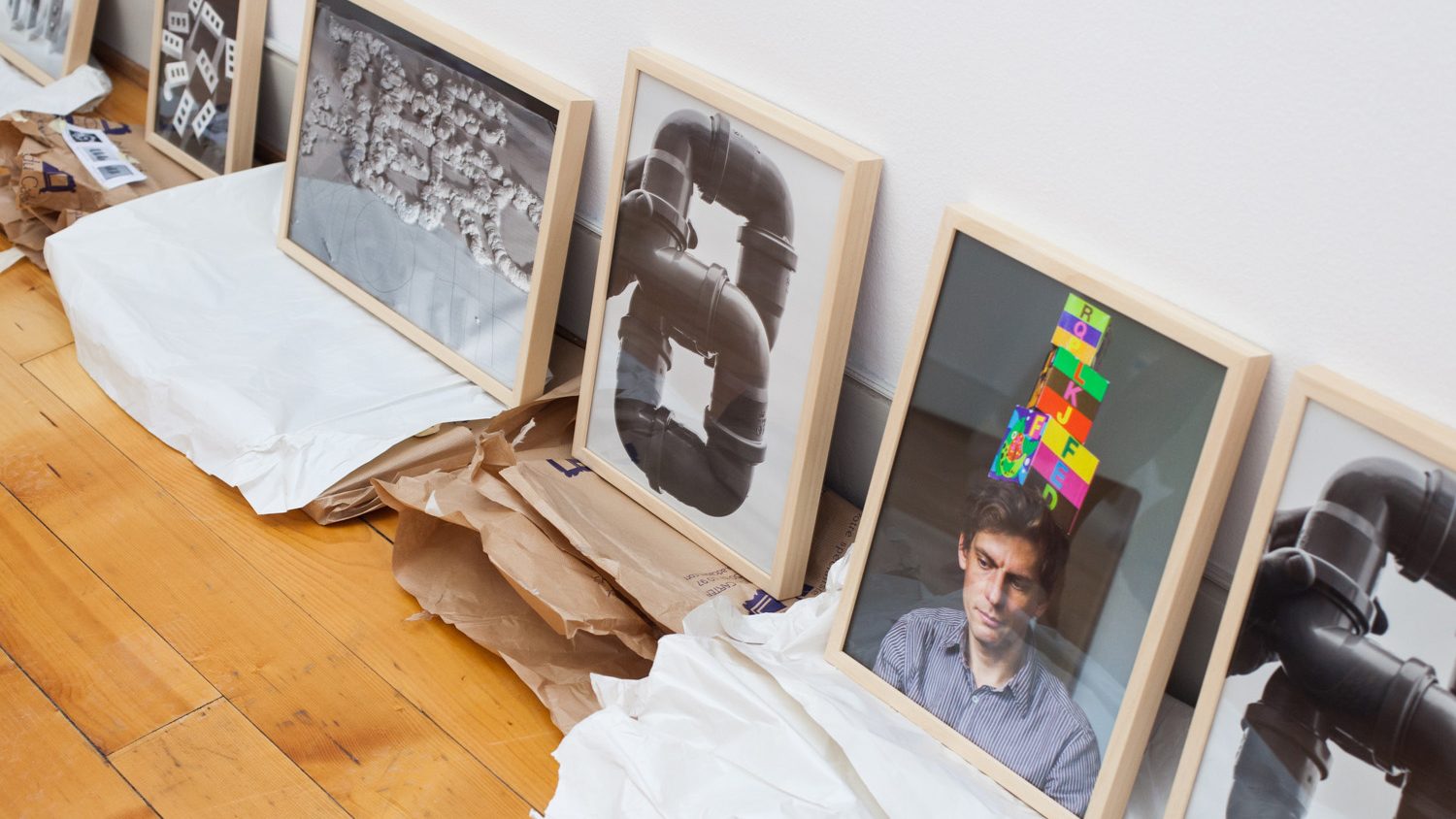 Julia Borissova:
I haven’t had really bad experiences with my exhibitions. But I remember one case from the past – it should have been my participation in the Baltic Book Art Biennale in St.Petersburg. I decided not to participate because I had a complete lack of understanding with the curator of the exhibition. And, on the other hand, I had my best experience working with Anastasia Bogomolova – curator of my personal exhibition Running to the Edge in The Museum of Photography Metenkov’s House in Yekaterinburg. I’m still very proud of the work we did and the great creative collaboration we had.

Alnis Stakle:
I don’t have any fun facts. As for any artist, good experiences start with a call or letter followed by a fully paid exhibition, trip, party, etc. The bad experiences have also left a bitter aftertaste regarding the organizers. Unfortunately, several times in recent years, I’ve experienced that communication with photo festival curators ends when all the files for print and catalog are received. No one responds to messages, even though everything is in order and the works are used in the exhibition. I, as an artist, do not even receive a copy of the catalog. I will not call any specific institutions by name this time.

Laura Kuusk:
I have been lucky with quite many best exhibition experiences. One of the most excessive shows that I ever participated in was Angry Birds in 2012, a group show curated by David Ter-Oganyan and supported by Sorokin and Smirnoff foundation at the Museum of Modern Art in Warsaw. The show looked quite classical, with art pieces in white space, just until David started to spill Coca-Cola all over the wall at the entrance of the show. Ivars Gravlejs followed him by an improvised performance of Russian dirty-word-karaoke in microphone. They were trying to record a TV interview with the museum director at the same time, and he would just go on and on. Our artist fee was paid in brand new dollars. I don’t know if such a show would be possible with the situation today in Poland and in Russia. I don’t know if I would say it was the best experience, but you asked for a funny story. My worst experience… Maybe it was when I made one of my first shows with Anna-Stina Treumund at Tallinn City Gallery in 2008, and I lost the gallery key just a day before the opening. I was afraid that someone would get into the gallery with the key and steal the equipment for the show. So I was hanging around the gallery until early in the morning to survey it, and I called the security company, telling them to be extra careful because someone might be walking around with the gallery key and trying to enter at night. About a year later I found the key in my pocket. I don’t know how I didn’t see it before because I was looking everywhere. It was me walking around the gallery that night with the key in my pocket. We can be our biggest fears sometimes.

Visvaldas Morkevičius:
What is most beautiful to me is finding out that people are touched or find their own connection to the works. One of the less happy experiences I remember was during the moment of preparation for an exhibition. I brought all the prints to the framing company and after framing it I found out some prints where damaged (cuts on printed surfaces). When I start to talk about it, of course no one could prove how it was before, so first of all they said I had brought the prints like that, and after showing a second damaged print, they were annoyed and said that they haven’t damaged the first two prints, and showed me other prints they had damaged (I was not expecting to find even more damaged prints). After all that I was too tired to fight with that kind of attitude and reprinted the works to get ready for the exhibition.

Peter Puklus:
I am sitting at the moment in the head office of Festival Images Vevey, Switzerland. Last year I won the Grand Prix Images Vevey 2017/2018 with my latest project entitled The Hero Mother – How to build a house. We are about to install this solo show, which will have its world premiere on the 8th of September 2018. Even though the exhibition is not ready yet it is truly one of the most exciting experiences in my practice so far. I not only won the prize but more importantly gained the opportunity to be able to focus and independently develop a message which interests me. I had the chance to dig deep enough to find the core of the story I want to share, based on my actual life situation. What if you forget the opening of your own exhibition? When I was a university student I forgot the opening of my first solo show… I had to print the whole night long to actually have images on the wall. There were no digital devices yet you know.

Maria Kapajeva:
I would say the best and the worst was my solo exhibition Dream is Wonderful, Yet Unclear in Narva Art Residency in Estonia last year. The worst part was that I was arriving only one month before the exhibition opened to the space, without having done most of the work. So, it was very intensive work for me: to produce, to install and to promote at the same time. I don’t think I will do it to myself again. Big thanks to the help of curator Liisa Kaljula and Tallinn Photomonth team who supported me in it all. But the best part was the audience and their responses. As this exhibition is based on my research on the local community of the closed textile mill, I was flattered that many former workers came to the opening or visited it later on and they were very touched by my exhibition. Their responses and feedback were a treasure to me and it was the best result I could wish for.

Arnis Balčus:
The positive or negative character of an experience most often depends on where the exhibition takes place and the people who organize it. As a positive example, I can mention my solo exhibition at Glasgow Street Level Photoworks, where I was treated to cake and put up in a grand house with an eccentric landlady. The negative – usually large-scale exhibitions or festivals, where nobody has time to coddle you or ask your opinion on the installation of your work.

Maija Savolainen:
My best experience is probably the one I’m working on at the moment for the ISSP Gallery. The ISSP team has really taken amazingly good care of me, and while working in Latvia, I’ve met many very nice people. Also I think it will be my best show so far, since after a while I usually get bored of my own works. Ohh, actually one of the really good ones was many years ago in Swizerland – or it was really good and really bad at the same time. I was working in a collective of eight people at that time and we got invited to a festival in a small Swiss mountain village. Working on our show was fun, but even more fun was travelling with that bunch of people. We enjoyed the opening night so much that we eventually got into trouble at a historical chalet that belongs to an artist family. In the morning I was the one who had to pick up the phone and tell the festival manager that yes, it was true that some of us had taken pictures of their asses on the family computer’s photo booth (not me!). It was not a very pleasant morning.

Sergiy Lebedinskyy:
I have had many amazing exhibition experiences; it’s difficult to select any particular one. I could name one of the first and therefore memorable experiences – my participation in the International Discoveries IV exhibition organized by FotoFest Houston. It was an amazing atmosphere, FotoFest focused on connecting artists with the local community – meetings with exhibition visitors, students. Very special for us were meetings with collectors and the possibility to meet Anne Tucker and show our work to her in the Archive of the Museum of Fine Arts Houston. A funny fact was our beginner’s luck – we sold a huge amount of work.

Andrew Miksys:
Best: While I was working on my BAXT project about the Lithuanian Roma (Gypsies), I gave people copies of photographs I’d taken of them. And when I finished the book, I gave them copies of the book too. Over the years. people hung my photographs in their homes, sometimes cutting the photographs up and making collages or just tearing pages out of my book and hanging them on their walls. In one neighborhood in Vilnius there where around 10 houses with my photographs. While it’s not a traditional exhibition, if feel like it was my best since people really used my photographs and made them their own. Worst: There have been a few. I try to be more careful about saying yes to an exhibition. Sometimes it’s better to say no and wait for really good opportunities.

Dragana Jurisic:
I love working with curators that bring their own magic to the equation. In the last few years I collaborated with Natasha Christia on a number of exhibitions. It was by working with her that I realised for the first time what a great curator brings to the table. My most cherished exhibition experience is probably the first major exhibition I had, of YU: The Lost County, in Belfast Exposed Gallery. It was wonderful to see such a strong response from the audience, after years of working on the project. My worst exhibition experiences usually involve stories of trying to work with individuals with many unresolved ego issues and a strong sense of entitlement.

Kārlis Bergs:
I always want to show and do more than the space allows, but it’s hard to understand at first. Therefore, it is important to accept the size of the space straight away and focus on the expression “less is more”. The best happy coincidence – on the day of the opening, I learned that funding was granted for the entire exhibition. There is nothing that could be described as a very bad experience, but I did not like that the museum asked the artist to buy the wine for the opening. This seemed like the last straw, taking into account that the artist already provides the entire content of the museum exhibition. Of course, I refused. 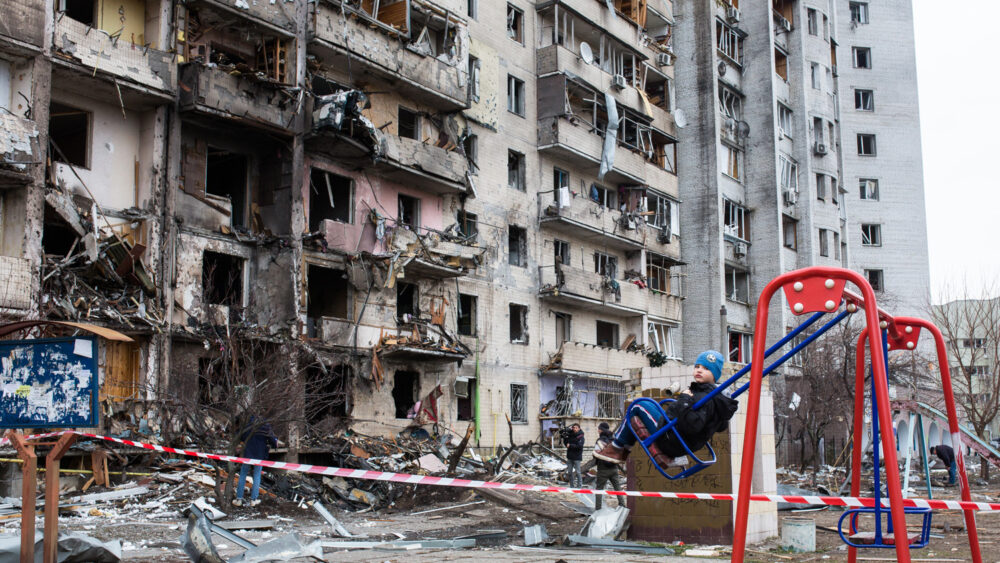 How has the war in Ukraine affected the world of photography?

The Best in East/North European Photography in 2022 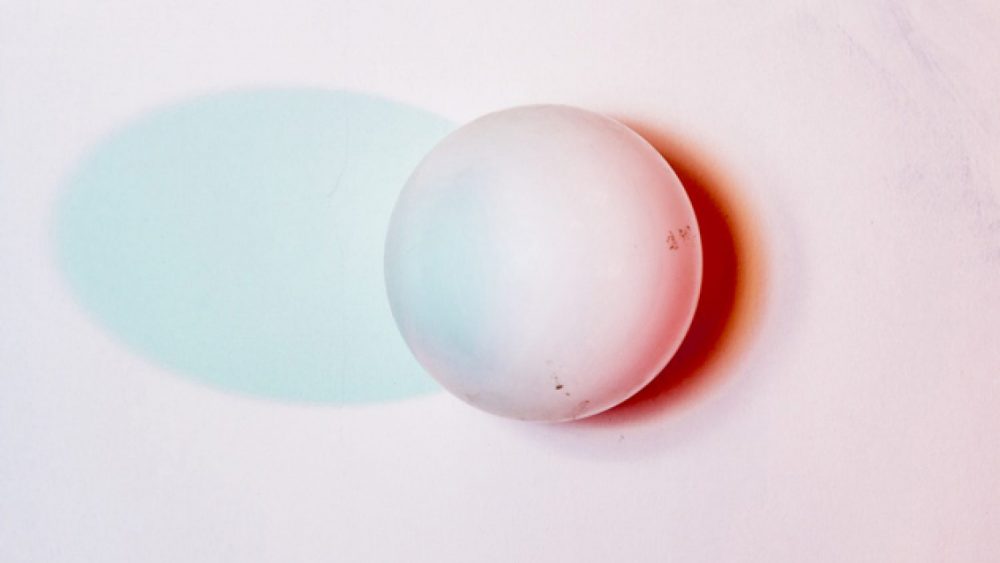